THE FUNDRAISER IS NOW LIVE! 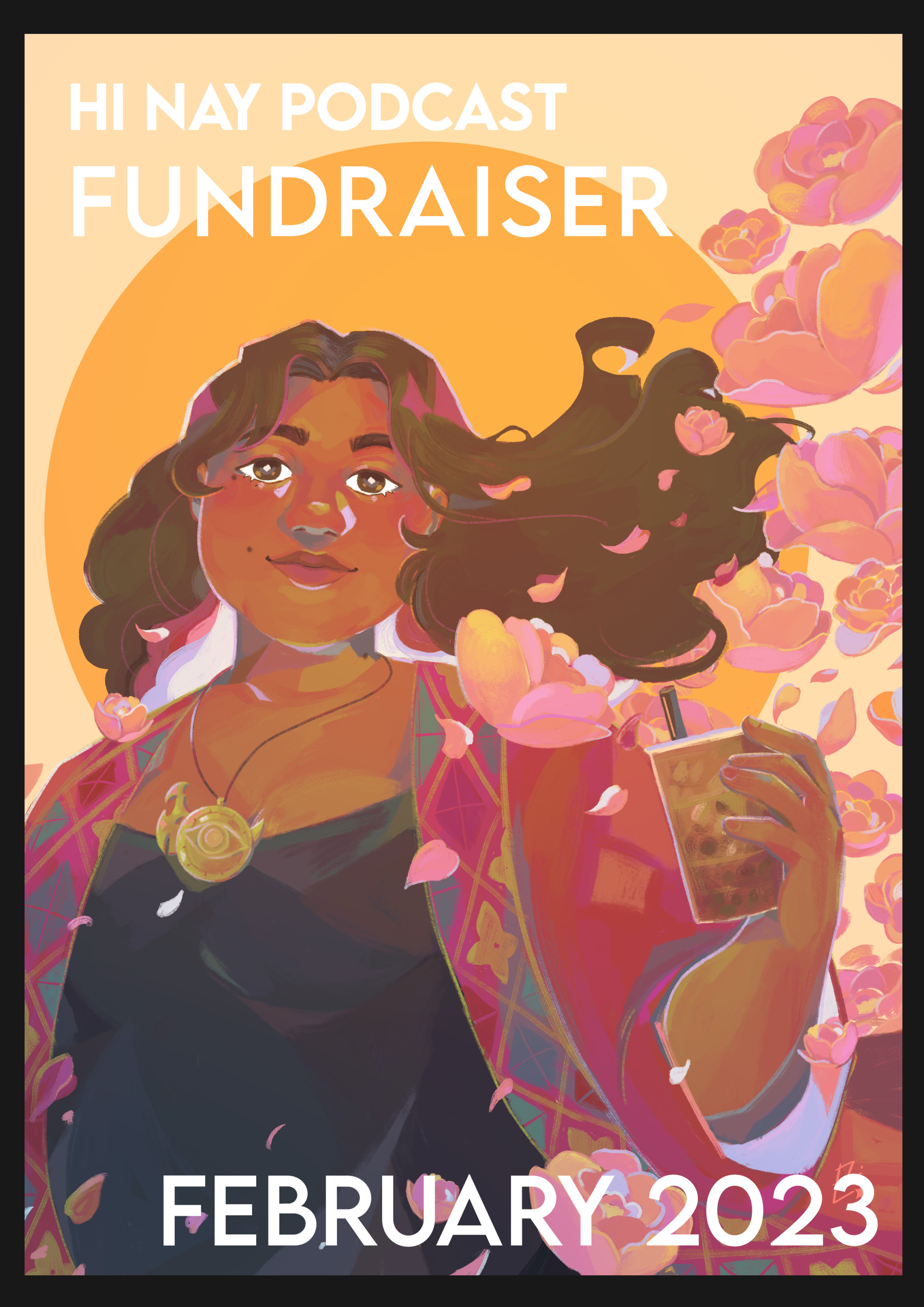 We’re raising funds for Hi Nay Act 3, with amazing perks for our supporters. Please share this post, and the fundraiser itself, to everyone you know!

Help us get to our first goal (and our stretch goals) so we can come back with the explosive Hi Nay Season 1 Finale in April 2023!

Motzie's back in the Philippines!

Kitakits! Sorry for the late announcement 😅

The story of Petja, who loved a Puppetmaster with all his heart - and body, mind, and soul.

A 15-minute excerpt of Petja - A Hi Nay Love Story. The full version will be posted exclusively to Patreon in the near future.

Merry Christmas, Happy Holidays, and Happy Almost New Year everyone! Thank you for all the amazing support throughout 2022.

You can also support us on Patreon if that's your jam. We'll be updating and adding rewards this coming 2023.

Remind Me To Tell You Later - Batibat (Extended Excerpt)

For the full episode, subscribe to our Youtube channel and get us to 1000 subscribers before the end of December!

Mari recounts the time she and her Nanay (mom) were called by a rich family to exorcise a spirit called a batibat - a spirit of trees that have been cut down, which, in revenge for losing its home, kills people in their sleep.

But nothing is what it seems, even in a house full of wood and nightmares.

Originally posted as a video on our Youtube channel!

Help us get to 1000 subscribers BEFORE 2023 and we'll post the bonus episode "Remind Me To Tell You Later: Batibat".

Remind Me To Tell You Later: Batibat is about a terrifying creature that causes the REAL LIFE condition called “bangungot” - A Filipino word meaning nightmare, that also refers to “Sudden arrhythmic death syndrome”, wherein adolescents and adults die suddenly in their sleep.

The batibat is a creature that is identified as a vengeful tree spirit from felled trees, and syncretised with the bangungot, seen as a great creature that sits on your chest, killing you in your sleep.

You can also listen to Hi Nay on Spotify, Apple Podcasts, and wherever you listen to podcasts.

Hi Nay is a podcast produced by Motzie Dapul and Reg Geli and is licensed under a creative commons attribution noncommercial sharealike 4.0 international license.

Today’s episode was written and directed by Motzie Dapul, who also plays the role of Mari and Lori. The role of Evelyn is played by Natalie, Abe is played by Matt Gador. The various partygoers are played by our amazing Discord community members: Woxie HC, Rebecca Lynn Scott, Edward McKee, and Alyssa Gimenez.

Mari and Abe attend a Halloween party at a new club, and visit its underground exhibit... of dolls.

Ashvin, Murphy, and Laura end up in the thick of things.

Donner deals with the fallout.

"St. James Infirmary" by Louis Armstrong And His Orchestra

"The House is Haunted" by Roy Fox

"Devil's Gonna Get You" by Bessie Smith

Hi Nay is a podcast produced by Motzie Dapul and Reg Geli and is licensed under a creative commons attribution noncommercial sharealike 4.0 international license.

Full episodes are released every month on the last Sunday 9PM EST or Monday 9AM PHT. Audio is released to all platforms after the Youtube premiere. Transcripts to follow. Unofficial, auto-generated CC available on youtube.

Come join #HiNaylloween every night this October at 9PM EST!

Come join the Halloween stream on October 31 at 8PM EST.

This is the description area. You can write an introduction or add anything you want to tell your audience. This can help potential listeners better understand and become interested in your podcast. Think about what will motivate them to hit the play button. What is your podcast about? What makes it unique? This is your chance to introduce your podcast and grab their attention.